A list of SMTP and IMAP servers of popular ISPs

POP stands for post office protocol, often referred to with a suffix of its version - number 3. POP3 is also the most commonly used protocol used for receiving email over the internet. Most email clients support this protocol as a one-way client-server protocol. The email is received and held on the server until the email client downloads it. Once downloaded, it deletes it from the server, although companies can implement a way to store those emails for some time allowing users to download the emails as many times as they like in a given period. An excellent example of an email client is Microsoft Outlook. This protocol, along with many others, is accessed through designated ports. In other words, when an email client connects through these allocated ports, it knows which protocol it is likely using.

POP3 works on port 110 (default and non-encrypted) and port 995 (encrypted) ports. The process begins when the server starts listening to one of these ports. When an email client such as Microsoft Outlook connects for email retrieval, it establishes a TCP connection with the server. Following this connection, the POP3 server sends a generic greeting and proceeds to the authorisation state. After the authorisation completes, the server-client enter into a transaction state where transactions occur until either one closes or aborts the connection. A transaction typically consists of non-case-sensitive keywords followed by arguments. The responses contain indicators and keywords followed by a description of that additional information.

POP3 is the preferred protocol for some because it retrieves emails efficiently with minimal error. It is also great for sending and storing bulk email messages. The downside is that it does not support email manipulation or synchronisation on the server since the idea behind the protocol is to download it to the email client and delete it off the server. For these types of use cases, there is an alternative protocol called Internet Message Access Protocol, abbreviated as IMAP. IMAP, on the other hand, supports polling existing connections for newly arrived emails and supports syncing multiple folders from the server.

It stands for Internet Message Access Protocol and is more advanced than POP3. Both are types of email protocols relating to email retrieval. IMAP allows users to access and manage emails on the server by permitting them to manipulate folders, delete, and search through messages. In addition, you can set or remove message flags, fetch by email attributes and more. The default behaviour is that all email messages remain on the server until the user takes action. The most significant advantage is that it allows multiple devices and clients to read and write emails simultaneously.

Furthermore, it only downloads emails when you click on them on your email client, making it an efficient retrieval method. Also, attachments downloading aren’t automatic. For this reason, you can also check messages a lot quicker. Nearly all major internet service providers like Gmail, Hotmail, and Yahoo use this protocol to ensure they can keep emails the same on every device you access. They also have advanced features like access to MIME message parts, partial fetch, message state information, server-side searches, built-in extension mechanism, and server push notifications. An IMAP server typically listens on port 143 (default and unencrypted) and port 993 (encrypted). As with POP3, IMAP evolved from its initial introduction in 1986 with various versions like IMAP2, IMAP3, IMAP2bis, and IMAP4.

SMTP stands for Simple Mail Transfer Protocol. This protocol allows sending emails from one email account to another. It is the only protocol that allows for sending of emails. Most email clients, such as Outlook and Apple Mail, rely on SMTP to send messages from sender to recipients. Think of it as a language that both parties must communicate using to understand each other. While SMTP is a protocol, an SMTP server refers to an application that provides services to other programs within a network called clients. It handles the sending, receiving, and relaying of messages.

A server is like a branch of a post office. For example, let’s say you sent a mail from Auckland to Brisbane; the mail first goes into a local post shop in Auckland. Then, it gets processed here, where we find out where the nearest post shop in Brisbane that services your given recipient. Then that mail is sent over to that local post shop in Brisbane. Brisbane post shop then goes ahead and delivers it to your friend there. Likewise, with SMTP servers, the Auckland SMTP server will try first to figure out which network the recipient belongs to. It then communicates with the nearest SMTP server in Brisbane and shares information regarding its email. The email is then accepted and put into the appropriate email address handled by the Brisbane SMTP server.

The following list of providers is not in order. Please use the table of content to find the provider you are looking for. 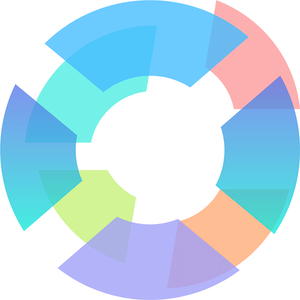 We are a small team with big ideas. We love marketing, and we are passionate about the work we do. One of the things we take pride in is our commitment to serving our customers when and where they need it most. We come from many different countries with a wide range of experiences. Talk to us today about your marketing needs.